Predictions are getting old

But as the rest of the team are doing this, here's a ranking to either gloat on or be embarrassed by later:

1. Italy | There are many rational reasons against this winning, between lack of mass appeal for this genre and language, and a potential split with Finland. And yet, it's the only thing I've seen that felt like a winner, which is presumably why the punters are backing it.

2. Switzerland | Really stood out last night, and I suspect can attract a lot of televotes.

3. Malta | It's easy to overthink the draw and put it down to 17th or so, but it's still a fun song, it's still Destiny, and it's still Malta and their jury support. They're probably doing a lot of promotion as we speak.

4. Ukraine | Too captivating to not get a bazillion televote points. Juries could be split on this.

5. France | This seems to have its fans who aren't bothered by the title repeated 8,537 times and the seizure in the end, so should do quite well.

6. Lithuania | It's become easy to forget, having been exactly the same since January, but it's still pretty good and let's not forget the 100+ televote points it's starting with.

7. Iceland | Assuming that sympathy votes will compensate the awkwardness of not being there, it's about where it should end up - cute and silly and rather amateurish doesn't tend to do much better.

8. Greece | Still far from the strongest song and the staging might put some off, but never underestimate a pretty girl in a stunning suit singing competently.

9. Russia | I would have wanted it higher, but have already accepted that it's too messy and too early on to do any better than this.

10. Azerbaijan | Benefits from being the last straightforward female Pop in the final, and from, well, representing Azerbaijan

11. Belgium | This stood out in the semi, but kinda gets lost here - not so much by the draw than the overall competition.

12. Bulgaria | A rather effective staging will give this its best result possible, but it's hard to believe now that she was favourite last year with an almost identical (perhaps slightly better) song.

13. Finland | I'm not sure how this went from a "shock qualifier" to a "potential top 5" even though the performance was the same as we've always seen. It's going to score what it was always going to score.

15. Serbia | Most of its fans (like myself) will probably be happy to see this in the final, but not necessarily vote for it in the end.

16. Portugal | Did its thing in the semi and will have its fans. But not that many.

17. Netherlands | I would love it to do better, but it's not exactly instant. Thankfully the performance last night should give it some jury love.

18. San Marino | It was a fun opener and an obvious qualifier in the semi, but in this field, and especially in that draw, it feels more like the interval act has started. Plus, she looks like Alice. 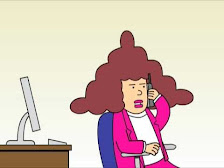 19. Spain | A pleasant surprise in the rehearsal, and now the only straightforward pop ballad in the final, might not be ignored as I'd initially thought.

20. Norway | Another one that made sense to qualify, but there are mightier angels in the running tonight.

21. Moldova | History taught me that if something was a surprise qualifier, it probably won't do too well on Saturday.

22. Israel | The last 20 seconds of the song being used as recap should save this from a televote 0.

23. Albania | I cannot see anything but a similar scenario to Ktheju Tokës.

24. Cyprus | A bit of a daring guess, but I was never really impressed with this to begin with, and it came off quite weak in the lineup yesterday.

25. Germany | I can imagine one or two televote points from a few regional countries.

26. United Kingdom | I can't imagine one or two televote points from a few regional countries.

Enjoy tonight and post your own predictions on our message board!