I've twisted the arms of the entire escnation team (at least the ones who have watched the dress rehearsals) to call their 10. This is what we came up with: 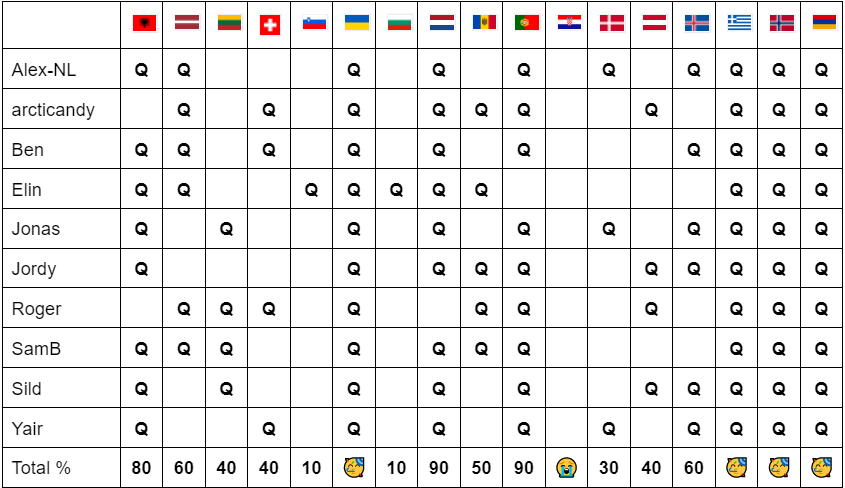 The worst predictor gets to wash the dishes tonight. Which one do you think it will be?
Posted at 19:38:00 2 comments:
Email ThisBlogThis!Share to TwitterShare to FacebookShare to Pinterest

Watching the dress rehearsal yesterday didn't really hint at any shock qualifiers or non-qualifiers (yes, Ukraine will make it), but it did potentially clarify some of the borderliners a bit. And then unclarified (fogged? calima-ed?) some others...

We all nearly got a heart attack from a plane flying literally a few metres above us just now, but I think I've decided what I think will happen tonight - unless more heart attacks happen. 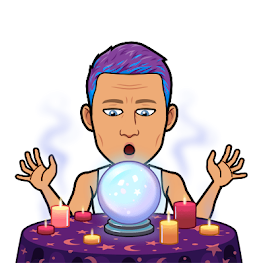 1 Greece | I'm still not sold on the song, but can't deny that it's good, and they're doing everything right with it. Likely jury winner, and shouldn't be too far behind in the televote either.
2 Ukraine | It was always a solid entry, and all the surroundings gives it an extra dimension.
3 Norway | Televote winner? Assume juries will be less keen, but no reason they should completely burn it.
4 Armenia | I was a bit underwhelmed for parts of it yesterday, despite loving it (the best song tonight, except the Italian ones later in the show), but when she rips a giant hole in the set it all comes together. Now just get the keychange back and we're all set!
5 Portugal | It doesn't give me a lot, but it's quite flawless still. And she's surely the prettiest person to be in Eurovision since Greek Dancer With A Hat II or so?
6 Netherlands | It disappeared a bit for me in the line-up yesterday, but then it always did anyway, unlike for many others, so there's clearly something there that I'm missing.
7 Austria | My first bold choice - I think this stands out a lot and is performed well enough for what it is to get the audience in the hall and at home on board. It doesn't necessarily need perfect notes as much as it needs joy, and it sure has the latter!
8 Albania | An incoherent, shouty mess, but it's quite a glorious incoherent, shouty mess.
9 Lithuania | I've assumed this to be safe for months, but not that sure anymore. It's not doing anything wrong (quite the contrary, it literally sparkles!), and I think it'll get solid jury support, but apart from the usual televoting suspects (who are mainly in the other semi, except Norway and Latvia), I doubt your average televoter will remember it when it's time to pick up the phone.
10 Iceland | I'm not at all sure about this, but it's got a lucky draw and feels like a nice breath of fresh air.

11 Denmark | :-(
12 Moldova | They ruined it for themselves by rocking it up and folksing it down, trying to be more serious just makes it boring. Also, it's horrendous, of course.
13 Switzerland | It's a shame, as I really like it, and I think the juries will too, but I think it'll be completely forgotten by the televoters when it's on that early.
14 Croatia | Is it even there?
15 Slovenia | I have no idea who is going to vote for it or why or why not, it's all very befuddling.
16 Bulgaria | It's just too obviously coming last to manage to come last, isn't it?
17 Latvia | Is it just wishful thinking? Or is Alex going to ruin it all, unless I drown his phone?