Posted by Sild
This will be a rolling blog, each country in running order, so please refresh to update.
🇺🇦 | Ukraine
While Kateryna is getting tested we're getting a stand-in, all limbs crossed it's a false alarm and she's back with the band for next week! 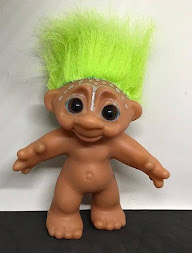 I assume this is full playback, otherwise the stand-in singer is really good and should join the band immediately! Sadly she's not wearing the original, green wig-jacket, nor does she have Kateryna's fabulous blink-less presence, and yet I was mesmerised and utterly sold! The backdrop is truly glorious here, with colours and shapes shifting in sync with the different moods of the song, and yet somehow sticking to a theme, even if I can't pinpoint it (can 'industrial folk' be a visual theme...?), while the band do their thing in and around their little white enchanted forest.
The song is far out there, but if there's one country in Eurovision that can manage to sell something this weird to all of Europe, it sure is Ukraine. I wouldn't really say it's a winner, it may still be slightly too crazy for that, but who knows!
Applaus! 👏
🇦🇿 | Azerbaijan
ARGH THERE'S A SNAKE
Whenever the cobra isn't visible in the big golden cirle behind her, I really like the backdrop, but then it shows up again and URGH.
Other than that, this looks like a high school rendition of some Eurovision song from 10 years ago or so. Seeing as the song is emptier than my travel plan these days, I would've expected them to fill it up with great dance moves or props or stage presence, but nope. Efendi and her girls are grinding about a bit for the sake of it, but it all looks a bit half-arsed. The BAMBAMBAMBAMBAMBAM-beat towards the end doesn't deliver either - the cirle on the backdrop goes into fireball mode before ending up like an eye (?), but it all feels quite underwhelming.
🇷🇴 | Romania
Reports from the first rehearsal of this weren't great, so I was quite interested to see for myself. I grew to really like Roxen's entry last year, and this one has grown a lot on me as the season progressed too, and I think it's much thanks to her voice, which has this certain raw, sore, intimacy to it. Sadly, it sounded a bit too raw and sore during the first run-through today... Particularly one note towards the climax, when there's a nice wide shot of the stage with the see-through screen bathed in pink on the right, ojojoj...

The singing isn't necessarily a big problem throughout though, as it's quite a heartfelt and "raw" song too, so I can live with some fuckups. But the whole act feels very busy and random for no good reason at all, with Roxen being lifted and twirled and carried and at one point literally dragged along the floor (which for the first run-through created an audible clonk-clonk-clonk-clonk, but that was sadly gone for the next!). It's probably meant to represent inner struggles or something, and with some added tweaks and less baggy clothes, maybe it'd all come together as a touching interpretive dance.
Now it doesn't.
What I assumed would be Azerbaijan's first go turned out to be Roxen's third, and she's sounding better each time, slowly but steadily. Maybe if they postpone the contest to July...? Not sure if I'm just getting used to her bad notes, or are they sounding bad in a better way - the big ones at the end (that's what she said?) now kinda sounded both awful and great at the same time. Hmmmm.
🇮🇱 | Israel
Eden's done her hair to pretty much look like Senhit's, uh, thing from the other day, and she's in a white outfit adorned with what looks like more of her hair, and her boys in t-shirts to match. It all looks pretty cool and fresh, it feels a bit "younger" than most of the other entries somehow.
They're dancing about, making full use of the different bits of stage, and she's charismatic and sings it well - but she skips/cheats on some of the record-breaking screeching towards the end. Apart from that I'd say the Israelis have every reason to be pleased with this rehearsal and what they're making of the song. It's just a shame the song is still made up of about fourteen different bits that don't really go together or transition in any sensible way.
Second run through and no cheating on the screeches! Actually quite liked them now, as they were accompanied with some fun facial expressions - a nice mix of "oo, look what I can do!" and "wth, where did that come from?!". I only now noticed they rip her dress off to reveal a new one towards the end, but I really wish they didn't. It basically just looks like they used some braids of her hair and twirl about on her body in some places, and it's not very nice at all. Plus it makes me think of Atlantis 2000, so probably just as well I didn't get Benny for lunch as he'd probs come back up. 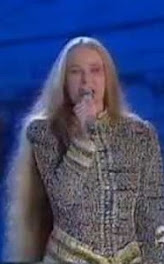 🇧🇪 | Belgium
I'm no fan of this as I find the song quite dull and the artists quite pretentious, so this rehearsal review should probably be fed through some sort of positivity filter, but since mine is at the drycleaners, you'll just have to add your own.
Positives first though: She sings excellently, and it all feels very 'proper' and professional, which already makes it stand out a bit. The set up is quite standard, with her in the middle and the musicians on separate little (look away, Yair) velvet stages around her. Everyone dressed in black and the stage is in black too, apart from some huge nostrils on the backdrop. Possibly looks a little dull, but it fits well with the song.
But what's with Geike's constant sideways face?? It feels like she always thinks the camera is a bit to the side of where it is, so ends up having to turn towards it in a weird way. Or does she have a good side and a bad side, and is terrified of showing the bad one (which presumably is 'the front', judging by the angles?). And while I get that the song is serious, so a big smile would be a bit freaky, she comes across more grumpy or fake-moody than actually properly into the song, and sometimes o-v-e-r-p-r-o-n-o-u-n-c-e-s some words. But maybe its deliberate to draw attention from the nostrils in the back to her mouth instead.
To summarise: It's black. It's probably qualifying. Someone will probably be happy about that.
🥪 Lunch break, I tried to see if Benny Cristo was available on Foodora, but sadly not, so had to settle for some pigeon bread à la Jordy 🥪
Posted at 15:26:00 1 comment:
Email ThisBlogThis!Share to TwitterShare to FacebookShare to Pinterest
Tagged: Azerbaijan, Belgium, Israel, rehearsal, Romania, Ukraine

Posted by Sild
This will be a rolling blog, each country in running order, so please refresh to update.
Through some kind of futuristic miracle, I'm able to follow rehearsals from my very own colourful home, and I will attempt to take you through the second run-through of the rest of Semi-Final 1, except Malta, as I refuse to cover boot-malfunctions. After learning what Jordy made out of the first rehearsals, and Yair's fresh eyes on the first segment of second rehearsals, let's see what my (fresh?) fish eyes will make of the rest of today's bunch. 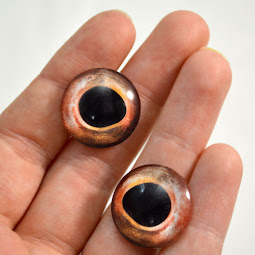 This will be a rolling blog, each country in running order, so please refresh to update.

Good morning from the remote press centre! While Jordy is on a photography mission, the rest of the team will fill in with what's happening on screen. So here they are with some fresh eyes.

I guess we won't be seeing anything today, not before the first dress rehearsal (and possibly not even then?). Sild will take over for the next few rehearsals.

If symmetry is your thing, this is the staging for you. Everyone is positioned in a straight line, and the backdrop is a very centred vertical centre line in the centre. If you took half of the screen and mirrored it onto the other, it would look just the same (except that Tusse would be holding two microphones).

This is really quite effective, especially after the overly busy first three stagings - and while Tusse is far from great vocally, he does have the personality to make up for it. I didn't like it in MF, partly due to a disturbingly horrifying velvet suit - but they took care of that, his new suit looks much better on screen (and even gets a close-up to show us the shiny bits). Thumbs up.

I had to look twice to see if the projected extra backing singers in the last chorus aren't actually there behind the real ones. And I'm still not quite sure, but leaning towards not real. That's how good the backscreen is.

This is a very very busy staging - everywhere you look, there's a highly detailed dress or something happening on the screen - a message, a sophisticated old Russian-style animation, or a modern Russian woman (I think I even spotted a transitioning woman, very cool). My favourite is the horses, think of some kind of animated version of this: 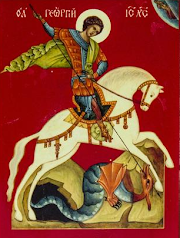 The best thing about this is Manizha herself and her facial expressions, although I can't help thinking it's sometimes a bit overdone and gives me Laka vibes. No, something is different in the last runthrough (other than the flame Pyro during the 'prayer' part) - this is super energetic and I'm loving it

To be honest, it was kind of hard to pay attention to Ana (despite the screaming) with all that's going on in the background - a dramatic space film (scary galaxy zooming into Earth) which turns into a National Geographic feature with various climatic landscapes. The one part that did connect with the song was in the explosive bit of the last chorus, with a supernova going right under Ana's feet.

We already know she can belt out, even so early in the day (which: well done), it's always been a question of how many juries are actually into this voice and song. Personally I cringed at the 'sing it!' to the non-present choir.

I can see why the producers put this on first, this is a very clever way to reveal the stage, which fully shows itself in the chorus. The routine is mostly familiar, although I think they've added a penguin-style jumping towards the end... was it there before?

Vaidotas is as charismatic as ever, at first pretending that he's confused by where he is and looking for the cameras, later "gaining" confidence. Holding back vocally in the first runthrough but singing just fine in the second, I guess they know that this could be their backup performance? 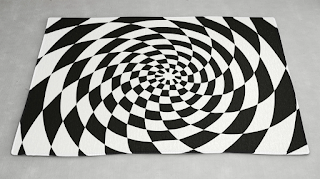 Overall a solid entry, but (perhaps ironically) really feels like it will need an audience roar to stand out.