The big winners of yesterday weren’t any of the acts in Rotterdam; rather it was the meme creators. Whether it was Senhit’s, um, headdress (?), or Natalia Gordienko sitting silent on Filip Kirkorov’s lap in a webchat with wiwibloggs, the internet had a field day. 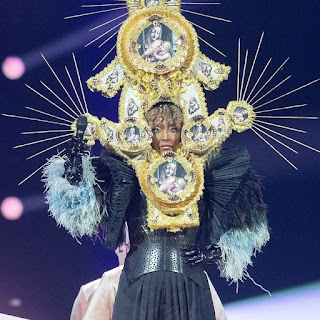 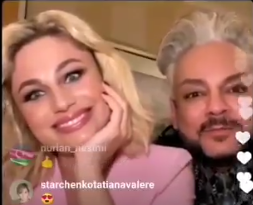 Back on stage, the first real winners of the day were Austria, with a simple, effective staging and a strong vocal performance by Vincent Bueno. In contrast, there weren’t any huge losers, but we’d hoped that either or both of Poland and Czech Republic would bring something remarkable to their staging that would boost their songs’ chances. Unfortunately it seems like both have gone for the kind of standard performance we were expecting, and they’ll likely both struggle because of it. 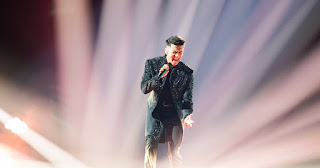 One country doing something different from what we expected was Serbia. Gone are the trashy, multi-coloured outfits of the preview video, in are classy, sparkly numbers, and the presentation is all the stronger for it. They’re giving a strong vocal performance too (arguably one of the biggest beneficiaries of this year’s new rule allowing vocals on the backing track), and have definitely moved up in many fans’ estimations.

While vocals are permitted on the backing track, all the lead vocals have to be live. And without the doubling of the lead vocalist’s vocals on the track that was present in the Finnish final, ‘Dark Side’ was sounding worryingly thin today. Coupled with visuals that were somewhat less than we were presented with in UMK, Finland didn’t have the impact that some had hoped for.

Much of Switzerland’s appeal will still rest on whether you like falsetto vocals and Gjon’s scrunched-up facial expressions, but at least the Swiss have won on one thing. He’s not sat at a piano. Immediately all the inevitable comparisons to ‘Arcade’ disappear, and the chances of ‘Tout l’univers’ are all the stronger for it. 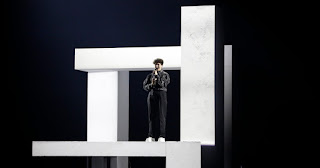 Tomorrow we’ll be getting the second rehearsals of most of the acts from Semi 1 – all except Malta. And the big question on our lips is – what will Ireland do next? Is it the much vaunted augmented reality? Join us here tomorrow to find out.
Posted at 21:21:00