At the close of Day 2, all the countries of Semi 1 have had their first rehearsals on the Ahoy arena stage. Each of them got 40 minutes to do as many run-throughs as they wished, trying out their concepts and doing their best to ensure they're all brought across as well as possible on TV. Some of them may well be doing their own post-mortem and working out what needs to change, while others will be basking in the glow of a job well done. So let's do our own analysis of the winners and losers of Days 1 and 2.

(a quick note before we continue. This is all based on how the entries came across in the last couple of days compared to their perceived chances before they arrived in Rotterdam. Just because a song is doing better now than we expected, doesn't necessarily make it a qualifier - and vice versa.)

The big loser in the first half yesterday was Ireland. Not only did the performance come across as messy on the screens, with Lesley sounding ragged and not 100% on top of what's a very difficult vocal line to carry, but today Cyprus compounded Ireland's problems. Following directly after it, 'El diablo' could very well kill the Irish chances with sheer professionalism. 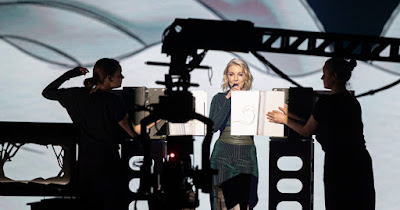 That said, Ireland apparently have something more to add into the performance that we haven't seen yet - some effects or a new backdrop maybe? In 2019, Norway's first rehearsal was slammed when their final backdrop wasn't yet ready - opinions soon changed after it was used later in the week. So Ireland could yet be the big winners of the second rehearsals.

Israel today scored some positive comments from those in the press centre and watching online. A song that many perceived as being chanceless among the big hitters of the second half is coming across well. Eden's professional, she's in great voice and the cameras love her. Coupled with the kind of strong routine we've come to expect of Israel in recent years, they certainly upped their chances today.

Comparatively, Croatia came here with a package that could perhaps best be described as 'competent' - the kind of thing that can either be a great positive and send you sailing into the final, or leave viewers cold. However, based on today's impressions it seems they may have squandered even that - they've got a staging that feels quite standard - a bit fifteen-years-ago if we're honest... *and* it's not executed well. 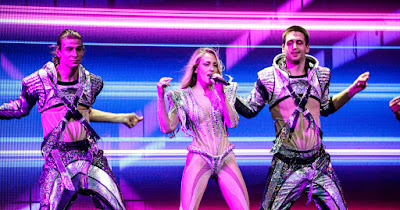 Those of us who watched last year's Romanian final, in which Roxen stumbled and mumbled her way through four songs she didn't want to win and gave a mediocre performance of her clear favourite can hardly be surprised by what happened today. 'Amnesia' has been given the kind of busy performance that needs a charismatic and vocally confident performer in order to pull it off - and that's not what they have.

By contrast, Ukraine has shot up in many fans' expectations after today. Always favoured by many, it's now being spoken about by some as a potential winner. If that's not winning the first rehearsal days, I'm not sure what is.
Posted at 20:45:00